Add  College Prep Vocabulary-Levels A-D at NO additional cost! You will receive a voucher code upon enrollment in any one- or two-credit English course.

Please see the BEFORE ENROLLING tab below before checkout.

Students refine their arguments and essays while learning to write literary and rhetorical analyses, respond to literature through reflective journals and narratives, develop their creative writing skills, and complete a research paper on a topic of their choosing. In literature, students read a diverse collection of genres by 20th- and 21st-century authors from around the world, but emphasizing American and British writers. They deepen their understanding of how literature both reflects and transforms the events, settings, culture, and worldviews that give rise to it and the literary periods that result. Examining literature from a biblical perspective, students gain wisdom.

Taught by an IEW-accredited Certified Instructor, this course equips students with writing, research, and thinking tools to strengthen their essay and argument skills.  Additionally, they develop their creative writing ability and ability to respond to literature in a variety of ways.

The first and most important goal of every literature class is to grow in a love for literature.  In this course, students explore writing from around the world. Emphasizing American and English literature, 20th- and 21st-Century Literature delves into the literary periods and worldviews for each.

They develop an understanding of American and British literary periods as they read a broad selection of writers and genres from the 20th-century to the present.

Finally, students learn to evaluate themes and literature from a biblical worldview as they encounter in their readings this year the same philosophies and influences they will encounter while in college and during their adult years:

Students grapple with profound questions and issues. At the same time, they develop discernment as they strengthen a biblical worldview and evaluate the ideas they encounter in literature through a biblical prism.

We also watch the inspirational and moving 20th-century biographical drama of missionary Jim Elliot. As this family experiences tremendous and seemingly senseless loss at the hands of those they sought to love and serve, students examine this family's experience and response. Students' biblical perspectives deepen as they watch family members move forward with eyes of faith, love, and hope. Students grow in wisdom as they contrast this true story, depicting the family's faith-filled experience of life and God's resulting victory, with the experience they have seen reflected in much of the literature of this time. They explore themes of redemption, love, and forgiveness.

Additionally, students begin or continue working on two projects that they develop throughout their high school years: (1) an organized e-portfolio of their written work and (2) an online literary timeline showing the authors and works they have read, the relevant context and literary periods of each, and the worldviews that influenced them. (These are developed in a protected, completely private area online, but students may take them with them whenever and wherever they go.)

What will students read?

In addition to watching the movie dramatization of End of the Spear, a novel written by the son of missionary and martyr Jim Elliot, we also read and watch the following three dramas.

Additionally, we will also read short stories, speeches, essays, and poems by a variety of authors, including

In every course, students learn to

All courses include a short two-to-four-week unit in nonfiction reading and media discernment to strengthen critical reading and thinking abilities. Using famous speeches, essays, articles, sermons, and popular media, students strengthen reading and critical thinking skills vital to the research process and their ability to function as informed consumers of information. College entrance exams directly test many of these skills. More importantly, these skills are crucial to a thriving democracy in which citizens freely make informed choices rather than choices manipulated by fallacious reasoning and propaganda. Students gain heightened motivation to seek truth and the ability to

Is my student ready for 20th-21st-Century Literature?

Ideally, before taking this course, students should be able to

The best, but not the only acceptable, preparation for this course is Writing and Literature 1.  Students are introduced to and learn the basics of literary analysis by reading short stories, poetry, and articles.  They gain a literary vocabulary enabling them to analyze and write about their discoveries as they explore and discuss the big ideas of literature and the times. Students also learn to consider texts through a biblical worldview and to recognize other worldview influences.

Feel free to discuss any student readiness concerns by contacting me directly through the Contact Us page.

Instruction takes place in two one-and-one-half-hour classes each week over a thirty-two-week period. One class focuses on writing and the other on literature. Although homework will be assigned in Monday classes that fall on legal holidays, classes will not meet on these days so that families can celebrate long weekends together.  Classes break for 5 minutes out of every 30.

Students receive 2 credits for this course.  It is listed in final grades as two courses, Writing 2 and 20th-21st-Century Literature.

Time to allow for this two-credit course:  For literature and writing combined, students should expect to spend 4-6 hours per week total preparing for classes in addition to attending classes.

Enrollment closes on September 3 or when the class is full (15 students).

See the BEFORE ENROLLING tab above before beginning checkout.

Specific editions are not required unless specified.

Kindle or ebooks are excellent so long as students can highlight using different colors.

Kindle offers a free app to use on phones and PC that provides the ability to highlight in colors, AND many of the classics are then free!

These are the books and supplies we will use first:

The remainder can be purchased as the year progresses.  Initial weeks will be using texts supplied in class.

A variety of short stories, poetry, high-interest articles, and famous speeches are provided in class and online at no cost. The Bible is also used and is available online for free.

Required for All Courses 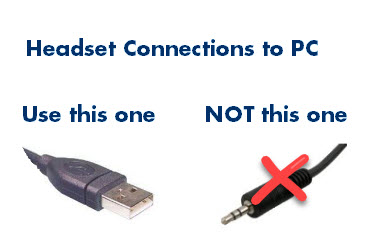 Please see the BEFORE ENROLLING tab before enrolling.

Please ask yourself three questions before you begin checkout:

A. Are you a returning student or parent?

B. Are you enrolling more than one student?

C. Do you have the following ready?

FINALLY, SIMPLY ADD YOUR FIRST STUDENT'S COURSES TO YOUR CART & FOLLOW THE PROMPTS!

Please feel free to call your instructor Sandra Selling at (800) 578-2527 for guidance on courses or any other questions or concerns.  You may also email me at Sandra@InspiredWritingandLit.com or make an appointment at Book Now.

Parents are always welcome to attend student classes or watch class recordings at their convenience.

Within a week of enrolling pupils, parents new to Inspired Writing and Literature (IWL) will receive access to and complete an Initial Survey about their teen's learning needs, previous writing and literature experience, and other helpful information. They will do this for each student one time per year only. Students will complete a similar survey and also complete a skills assessment.

Survey answers and assessment results allow me to tailor lessons to meet the class's needs and ensure each student receives the greatest benefit possible. Please take the time to answer the survey questions thoughtfully; they are your chance to tell me how best to help your student.

All new parents of students enrolled with Inspired Writing and Literature (IWL) for the first time are asked to attend a required introductory webinar to learn ways they can support their students at home and help to ensure their success.  Here parents also learn what student progress they can expect from the course, how to monitor that progress, and how this course contributes to meeting college admissions requirements, as well as the best ways to communicate with the instructor.

Returning parents are encouraged to attend if they feel the need for review.

A time for questions will follow the session. This webinar is offered once in the morning, Wednesday, September 8, and once in the evening, Thursday, September 9, during the first regular week of class.  See the Academic Calendar for these dates and times.

During the school year, parents monitor their students' progress to ensure they remain current with lessons and assignments.   Grades and completed and edited assignments are always accessible online to both students and parents 24/7.

To maximize the use of class time for learning, parents administer and proctor longer tests at home during a time convenient to them.  Parents will receive both guidance and support in this if they desire.

Help for Parents and Students

I am readily available to both parents and students for consultation and help with current lessons during the week in my online office hours and at other times by appointment.   I am also available throughout the school day via chat and video webinar through Zoom services.  If you are unfamiliar with these services, they are provided to you free of charge, along with any help you need to use them. You will love the degree of teacher accessibility this service offers you and your students!

In my online office, I can see and type on students' papers or share a book as we talk. They can do the same and can also write and draw on the whiteboard or document on my screen. We can find resources together on the internet or pull up any needed materials or papers from our computers. I can help with drafts, the organization of files in file folders, and even occasionally walk them through using helpful features on their computers. Parents are encouraged to join student consultations whenever possible.

In the Parent Group, parents will find a forum where they can ask the group or me questions and share information, ideas, and advice. I love it when moms, dads, or students from last year can answer questions or reassure newcomers from the perspective of one who has been there. Please feel free to jump in if you have something to add.  Of course, if you have a highly personal question that would not be of interest to others, you may Zoom, call, book an appointment, or email me privately.  Be sure to put the word PARENT or STUDENT in all caps on the subject line of any emails. Doing this will highlight your email so that it stands out.

See the BEFORE ENROLLING tab before beginning checkout.